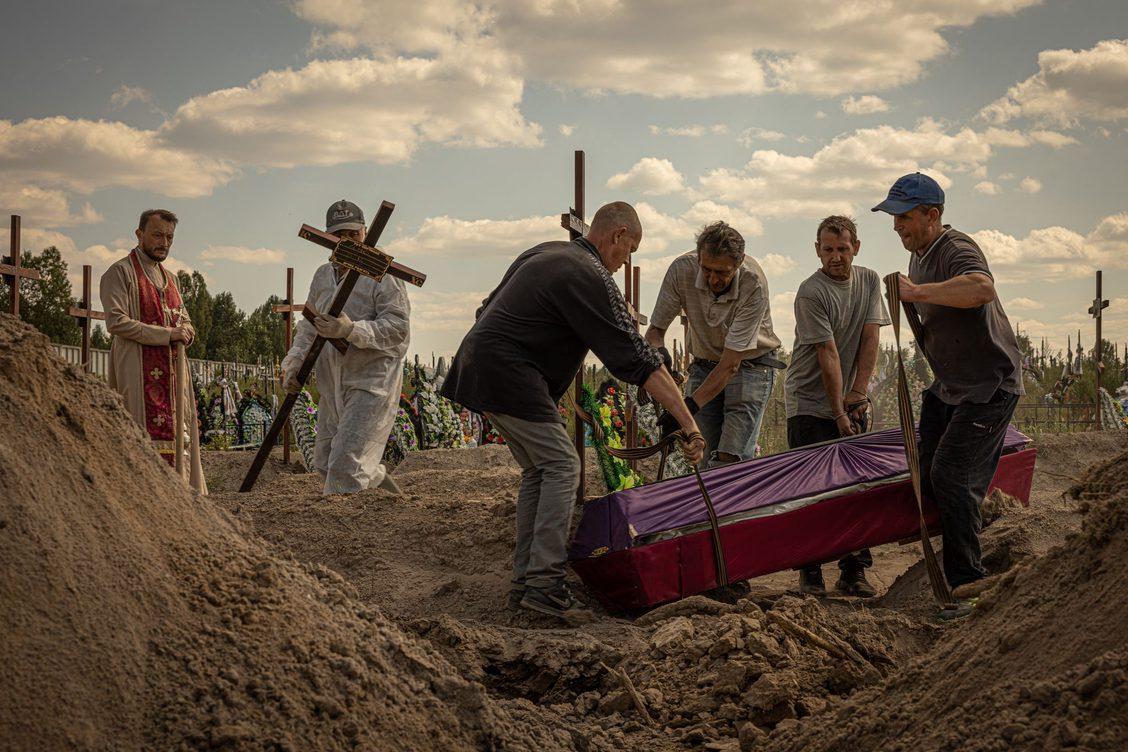 UK intelligence: Russian soldiers face morale, discipline issues, often go unpaid. The U.K. Defense Ministry reported on Sept. 4. that, in addition to combat fatigue and high casualties, Russian troops are likely experiencing “significant problems with sizable combat bonuses not being paid.” This is likely due to “inefficient military bureaucracy,” corruption, and the unusual legal status of Russian operations in Ukraine.

Official: Ukraine returned nearly 600 people from Russian captivity. Oleksandr Smyrnov, head of the National Information Bureau, said that the number includes about 100 civilians, the rest are military personnel. Smyrnov added that Russia reports it had forcibly kidnapped about 3 million Ukrainians from the occupied regions, including 600,000 children. ”The number is terrible, but there are no exact numbers because we do not have access,” said Smyrnov.

Update: Grenade launcher mishandling wounds 15, including 8 children, in Chernihiv. An unauthorized military exhibition of weapons took place on Sept. 3 during a children’s event in Chernihiv. Four people, including two children, remain in the hospital. One child is in serious condition, according to local authorities. The State Investigations Bureau said it was establishing the circumstances of the incident, while President Volodymyr Zelensky assured that all those responsible would be punished.

Zelensky: Ukraine’s Armed Forces liberated three settlements on Sept. 4. In a video address, President Volodymyr Zelensky said that one village was de-occupied in Donetsk Oblast and two more in the southern regions of the country. Earlier, officials reported that Ukraine liberated Vysokopillia in Kherson Oblast.

Official: Russian military blocks humanitarian aid to occupied Enerhodar. The city’s mayor, Dmytro Orlov, said Russians have been blocking humanitarian aid to Enerhodar for the second day in a row, turning the trucks back and claiming the city’s residents don’t need anything. The cargo included diapers for children and bedridden adults, hygiene kits for families with children and people with disabilities, and food for the most vulnerable.

Mayor: Russian troops turn 5 Melitopol schools into military bases. Melitopol Mayor Ivan Fedorov said on Sept. 4 that other schools in Russian-occupied Melitopol are guarded by military personnel who placed metal detectors at their entrance. Russians put pressure on parents, threatening fines and deprivation of parental rights to push them to put their children in schools where the program has been forcibly changed to a Russian-oriented curriculum.

13 more ships transporting grain leave Ukrainian ports. According to the Ministry of Infrastructure, 282,500 tons of Ukrainian agricultural products, which are headed to eight countries around the world, left the ports of Odesa Oblast on Sept. 4. This is the largest caravan leaving Ukraine since the country brokered a deal on July 22 with the UN, Turkey, and Russia to export grain. 86 ships in total have left Ukrainian ports with destinations in 19 countries since Aug. 1.

Russia’s war slashes Ukrainian exports, forces country to increase imports. Before Russia’s full-scale invasion, Ukraine’s exports were a reason to celebrate. Last year, the country hit a 10-year record with $68 billion in exports. As Russia’s invasion enters its seventh month, no one can predict when Ukraine can expect to post these kinds of results again. Read our story here.

Official: Russian forces fail to retrieve bodies from rubble in Mariupol. Petro Andriushchenko, an advisor to Mariupol’s mayor, reported that Russian forces are not removing the remains of those killed in Russia’s attack on the city five months ago.

Prosecutor General’s Office: Russia’s war has killed 382 children, injured over 740 since Feb. 24. The largest number of casualties were reported in Donetsk Oblast, where 388 children have been killed or injured, followed by Kharkiv Oblast with 204 and Kyiv Oblast with 116. The numbers of children killed and injured are expected to be higher and do not include casualties in Russian-occupied areas and near the frontline.

Kremlin blames Europe for the fact that Russia cuts gas exports. Kremlin’s spokesperson Dmitry Peskov said that the reason why the Russian energy monopoly Gazprom completely stopped gas supplies via the Nord Stream pipeline is that Europe refused to carry out maintenance of the company’s equipment.

White House rules out complete visa ban for Russians. U.S. senior official John Kirby said on Sept. 3 that he didn’t see a need to turn visa sanctions against the Russian regime into a war with the entire Russian people. “We do not believe that holding all Russians accountable for Putin’s actions is a productive measure,” Kirby told Russian independent media Dozhd.

Estonian PM calls for complete isolation of Russia. Prime Minister of Estonia Kaja Kallas said on Sept. 4 that such a policy should apply until all Ukrainian territories are liberated from Russian occupation. “Until Ukraine pushes Russia out of its territory, the free world must continue to isolate Russia and increase sanctions,“ Kallas said.