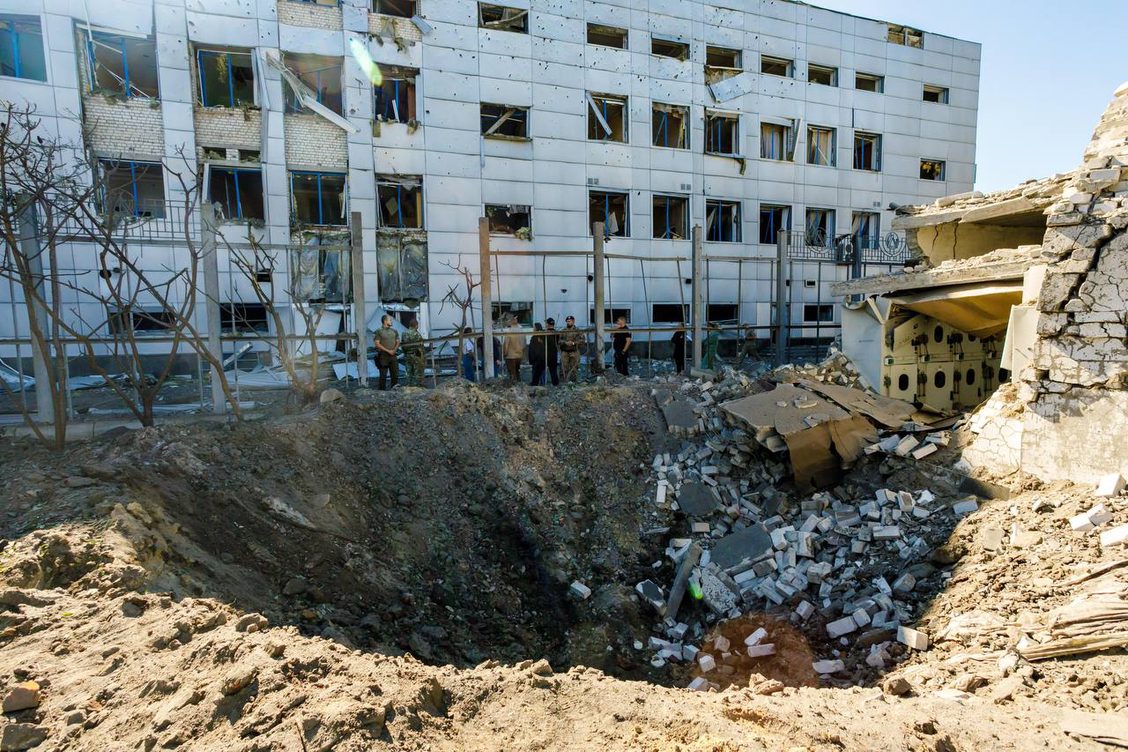 Zelensky supports G7 decision to impose price cap on Russian oil, calls for same move on gas price. In a video address on Sept. 2, President Volodymyr Zelensky said that such a step would limit the flow of income to Moscow and “restore justice for all Europeans Russia is trying to blackmail with artificially inflated prices.”

European Commission: Russia’s Gazprom lies about equipment issues at Nord Stream 1 pipeline. European Commission spokesman Eric Mamer said Russian gas giant Gazprom cutting off energy supplies to Western Europe due to technical problems was made under “fallacious pretenses.” According to Mamer, the decision is “proof of Russia’s cynicism, as it prefers to flare gas instead of honoring contracts.”

Russia halts gas supplies via Nord Stream 1 pipeline indefinitely. Russian gas giant Gazprom said the decision to stop the transit of gas to Western Europe is due to equipment issues, citing a gas leak that “does not allow the gas turbine engine to be operated safely.” The pipeline will reportedly not restart until the necessary repairs are complete. 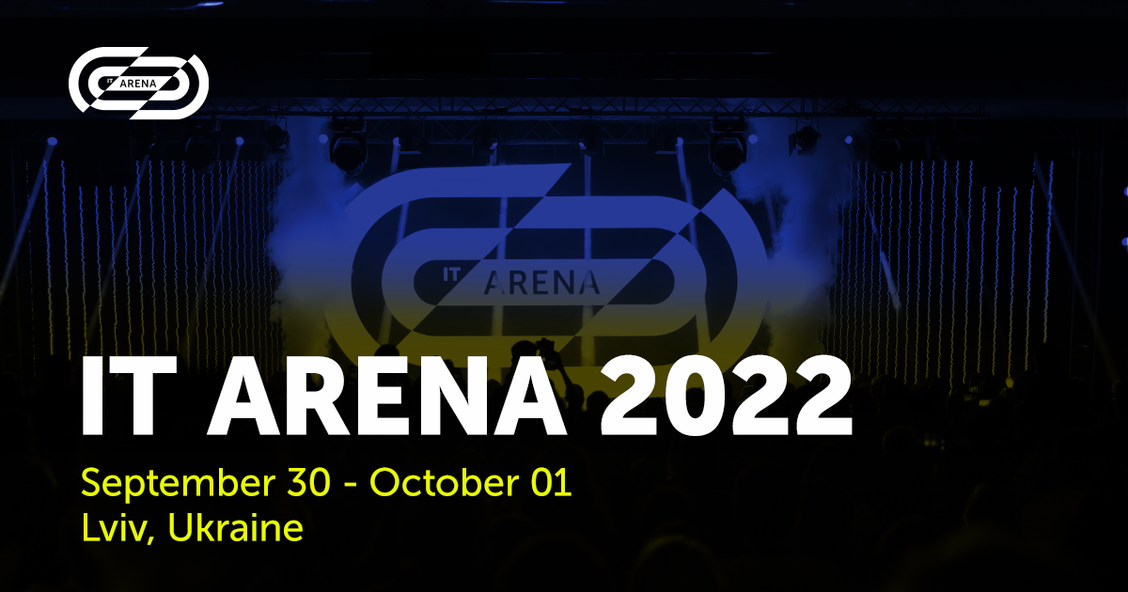 The Kyiv Independent became the official partner of IT Arena, one of Eastern Europe’s largest professional tech conferences, set to bring together Ukrainian and international tech experts for a live event.

Intelligence: Russia is able to send only around 300,000-350,000 soldiers to Ukraine. According to Vadym Skibitsky, representative of Ukraine’s Defense Ministry Intelligence Directorate, Russia has been experiencing troop shortage since the start of the full-scale war, while many units are busy carrying out jobs of guarding Kremlin facilities within the country and abroad.

Reuters: White House says Russia weaponizing energy. A U.S. National Security Council spokesperson told Reuters in an email that “it is unfortunately not surprising that Russia continues to use energy as a weapon against European consumers.” The spokesperson also told Reuters that while the U.S. and Europe have been working together to ensure sufficient gas supplies are available for the heating season, “the efforts alone will not suffice.” On Sept. 2, Russia’s Gazprom halted gas supplies via Nord Stream 1 pipeline indefinitely, citing a gas leak.

Tkachenko: Part of German funding for Ukrainian culture will also go towards Russian opposition media. After a visit to Germany, Ukraine’s Culture Minister Oleksandr Tkachenko says that part of Germany’s 20 million euro aid program for Ukrainian cultural assets and for the support of refugees in the culture and media sectors will also go to support Russian opposition media.

RFE/RL: Russia plans to offer land plots in Crimea, Moscow region for military personnel. According to Russian dictator Vladimir Putin’s draft decree, which was developed by the Russian Ministry of Defense, those who have “state awards” or “combat veterans” status or people currently participating in Russia’s war against Ukraine (although Russia still avoids the term “war”) might be entitled to land plots in Moscow Oblast and in the illegally annexed Crimea free of charge. All personnel participating in Russia’s war against Ukraine, including the military, certain FSB employees, doctors, and construction workers have received combat veteran status, meaning they can all receive land plots, writes RFE/RL.

IAEA chief: Zaporizhzhia nuclear plant’s integrity violated several times. Rafael Grossi, the head of the International Atomic Energy Agency, said he was worried about the situation at the Zaporizhzhia Nuclear Power Plant in Russian-occupied Enerhodar. Despite obstruction from Moscow, an IAEA mission finally reached the plant on Sept. 1. Ukraine’s state nuclear company Energoatom said it would be difficult for the IAEA inspectors to make an impartial assessment due to Russian interference. Russia, which has been shelling Ukrainian positions from the plant’s territory, has been accused of using it as a shield and a tool of blackmail.

Energoatom: One reactor of Zaporizhzhia nuclear plant reconnected to grid. Ukraine’s state nuclear monopoly Energoatom said that the reactor had been disconnected on Sept. 1 due to Russian shelling. Russia, which has been attacking Ukrainian positions from the territory of the Zaporizhzhia Nuclear Power Plant in Russian-occupied Enerhodar, has been accused of using it as a shield and a tool of blackmail.

Ukraine imposes sanctions on Russia’s Rosatom. Ukraine’s Cabinet Ministry imposed sanctions on over 700 individuals and legal entities from Russia’s state nuclear monopoly Rosatom on Sept. 2. The decision came amid ongoing threats by Russia to the safety of the Zaporizhzhia Nuclear Power Plant.

IAEA chief says 2 mission representatives will stay at Zaporizhzhia Nuclear Power Plant. During a press conference in Vienna, International Atomic Energy Agency chief Rafael Grossi said those staying are “very experienced” and will provide the agency with detailed information until the “situation stabilizes.”

Odesa has always been Ukraine’s prime summer destination. Packed streets, buskers on promenades, and a relentless mass of busy restaurants and bars filled with tourists ready to party until dawn were the regular scenery in the city from early May to late September. But this summer, the loud noises that are heard in the Black Sea port city with a pre-war population of 1 million people are caused by Russian missile strikes. Read our field report from Odesa here.

Russia kills 4, injures 10 in Donetsk Oblast. According to Donetsk Oblast Governor Pavlo Kyrylenko, the Russian military killed two civilians in Toretsk, one in Velyka Novosilka, and one in Avdiivka on Sept. 1. It is currently impossible to estimate the exact number of victims in Mariupol and Volnovakha, Kyrylenko said.

Latvian president, defense minister ask NATO to provide Ukraine with Western-made tanks, jets. In an interview with The Times, Latvian President Egils Levits and Defense Minister Artis Pabriks urged NATO allies not only to support, but also increase military aid to Ukraine. They urged the West to send Ukraine everything short of troops.

Norwegian petroleum company Equinor exits Russia. Norway’s state-owned energy company said on Sept. 2 that it had completely withdrawn from the Kharyaga field located in the northern part of the country. “Following the exit from Kharyaga, Equinor has no remaining assets or projects in Russia,” the company reported.

EU states, except for Hungary, agree to provide 5 billion euros in aid to Ukraine. EU economy ministers are expected to sign a political declaration in support of the macro-financial assistance package next week in Prague, Brussels-based publication Euractiv reported. The 5 billion euro aid is part of the 9 billion euro package announced in May.

Reuters: Biden to request $11.7 billion from Congress in aid to Ukraine. The requested package will include lethal aid and budget support for Ukraine. The package will also include $2 billion to address the impact of Russia’s war on U.S. energy supplies, reports Reuters, citing the U.S. Management and Budget Office Director Shalanda Young.