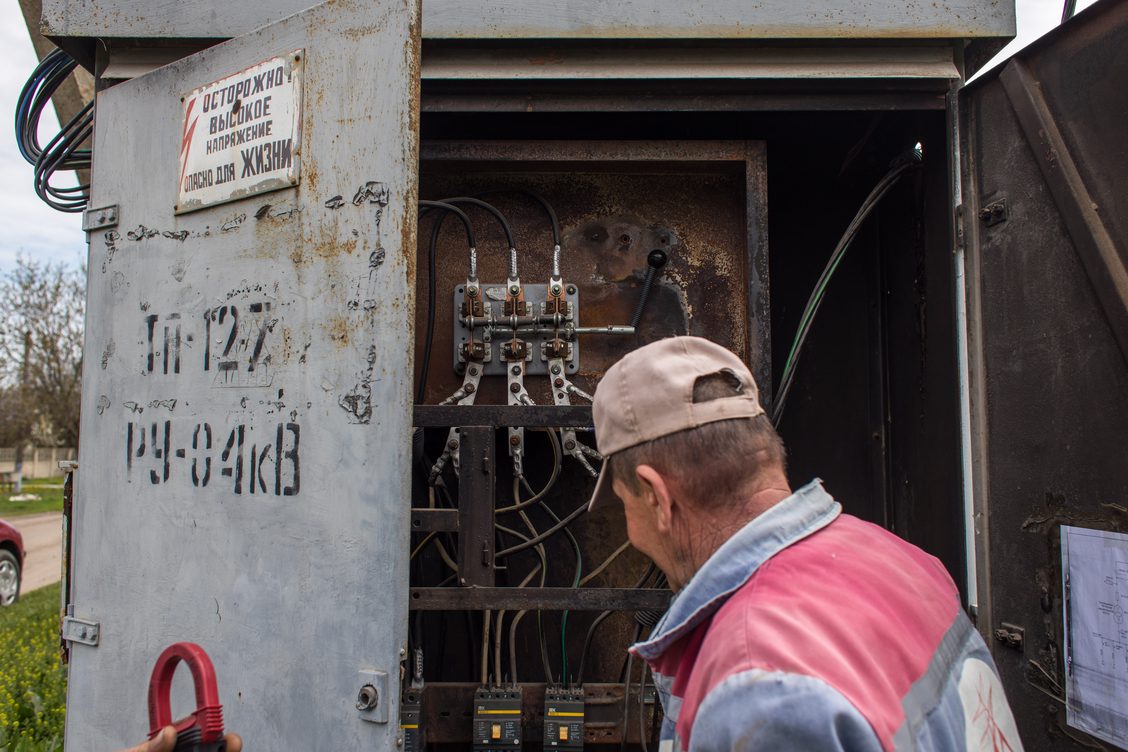 An electrician repairs cables after Russian shelling to provide electricity to the residents of Shevchenkove, Mykolaiv Oblast. (Oleksandr Gimanov)

Dear readers, we are launching a new newsletter, Belarus Weekly, and you are the first to see it! To receive the Belarus Weekly newsletter in the future, subscribe via this link.

Klitschko: Emergency services evacuate people following Russian missile assault on Kyiv, 2 hospitalized. Kyiv Mayor Vitali Klitschko reports that there are people trapped under rubble of a nine-story Kyiv building that was hit by a Russian missile early on June 26. At least three explosions were heard in the city.State Emergency Service said in a statement that a building caught fire and three upper floors have been partially destroyed. Some of the residents have been evacuated, two people were hospitalized.

Ukraine destroys a column of Russian MLRS. Ukraine’s Armed Forces reported on June 25 that they destroyed six Russian multiple launch rocket systems along with a number of military vehicles and other equipment in Donbas.

Defense intelligence: Overnight airstrike on Ukraine from Belarus is Russia’s attempt to draw Belarus into war. Six Russian Tu-22M bombers launched 12 missiles from Belarussian territory, targeting Kyiv, Chernihiv, and Sumy oblasts overnight on June 25, Defense Ministry’s Intelligence Directorate reports. Defense intelligence says it is the first case of an airstrike on Ukraine conducted directly from the territory of Belarus, adding that it is also Russia’s “provocation” to draw Belarus into its war against Ukraine.

Russian military shell Ukrainian positions in Sumy, Chernihiv regions. The General Staff of Ukraine’s Armed Forces reports that defensive positions in the Sumy and Chernihiv oblasts were fired upon from Russian territory. Russian troops are also trying to encircle the Ukrainian army positions in Lysychansk.

Russia’s shelling damages subcritical nuclear reactor in Kharkiv. The shelling also damaged the buildings of Kharkiv Institute of Physics and Technology, where the “Neutron Source” subcritical nuclear reactor is based, the State Nuclear Regulatory Inspectorate of Ukraine reported on June 25. According to the inspectorate, “continued bombing and shelling of the site could lead to severe radiation effects and contamination of the surrounding areas.”

Official: Air defense downs missile in Kyiv Oblast, no casualties reported. Kyiv Oblast Governor Oleksiy Kuleba reported that air defense system in Kyiv Oblast downed a Russian missile early on June 26. Missile fragments fell in the outskirts of one of the region’s villages. There has been no reported damage or casualties thus far.

Russia to give Belarus Iskander-M systems which could carry nuclear weapons. According to Russia’s President Vladimir Putin, Moscow will give Minsk nuclear-capable short-range ballistic missile systems in the coming months.

General Staff: Ukraine repels Russia’s assault near Bakhmut, Sloviansk in Donetsk Oblast. According to the General Staff of Ukraine’s Armed Forces, the Ukrainian military repelled all attacks near the settlements of Mazanivka near Sloviansk, Pokrovske, New York, and Marinka near Bakhmut.

Institute for the Study of War: Russian forces fight within Lysychansk, continue attempts to advance toward Sloviansk. The U.S. think tank said in its June 25 report that Russian forces are fighting within Lysychansk and reportedly have reached a mine and a gelatin factory on the outskirts of the city. These reports are confirmed by NASA FIRMS data of heat anomalies in the Lysychansk area. Citing Rapid Response Brigade of the Ukrainian National Guard, the experts said that Ukrainian positions in Lysychansk are more strategically valuable than previously held positions in Sievierodonetsk. The insititute predicts that Ukrainian forces may seek to launch counterattacks from within Lysychansk, though “their ability to do so successfully is likely limited by continued Russian encroachment.”

BBC: Russia’s debt deadline approaches threathening default. Russia is on the verge of debt default - the first one since 1998 - if the country fails a June 26 deadline to make its $100 million interest payment. Although BBC reports that Russia has the funds and is willing to pay, it cannot transfer the money to international creditors due to sanctions.

Read our exclusive, on the ground stories

After weeks of bloody street fighting and months of withering bombardment, Sievierodonetsk is now “fully occupied” by Russian forces, its mayor, Oleksandr Stryuk, said on June 25. With Ukrainian troops’ withdrawal from Sievierodonetsk, the fighting now shifts to neighboring Lysychansk, the last Ukrainian-held city in the region. Read our story here.

Lithuania won’t agree to concessions on transit of Russian goods through neighboring Kaliningrad. “Lithuania must and will maintain control over the goods transported through its territory, and there can be no talk of any ‘corridors,’ as well as concessions to Russia in response to the Kremlin’s threats,” said Lithuania’s President Gitanas Nausėda.

Ukraine to receive 1 billion euros in aid from Germany. The Ukrainian and German Finance Ministries on June 25 signed an agreement for 1 billion euros in grant funding “to finance priority social and humanitarian expenditures during martial law,” according to a Ukrainian Finance Ministry statement. Ukraine has previously requested $5 billion per month in assistance from other countries.

Reuters: G7 leaders to agree on a ban of Russian gold imports. Reuters reports the U.S. Treasury Department will issue a determination to prohibit the import of new gold into the U.S on June 28. The U.S. has led this initiative along with its western allies, and G7 leaders will follow, Reuters reports.

New York Times: Allied commandos coordinate supplies and train Ukrainians. The New York Times cites official sources who state that special forces operatives play a large role in organizing and delivering armaments into Ukraine to help stave off Russia’s invasion, as well as providing training. The same sources report that the CIA has been playing a significant role in delivering crucial intelligence to Kyiv.