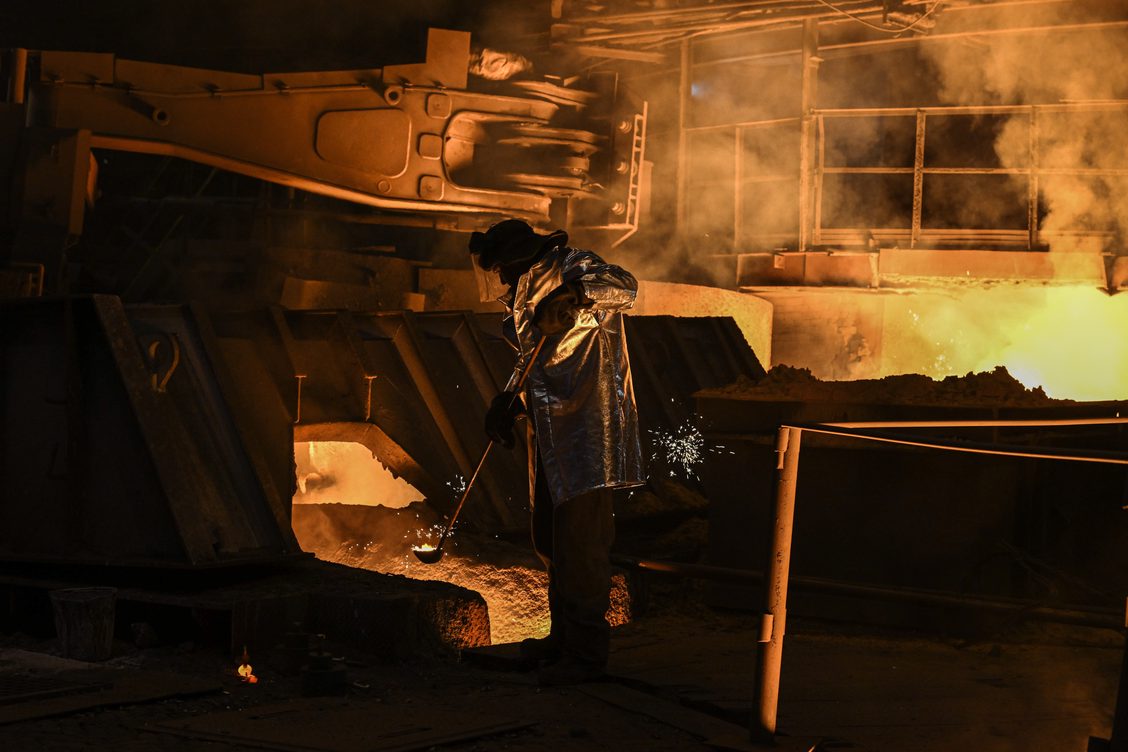 Zelensky urges EU to respond to Russia’s blackmail, terror. President Volodymyr Zelensky said in an address to the nation that the European Union should respond to the Russian-manufactured crises by strengthening sanctions and ending trade ties. “Crises created by Russia hurt the whole world, and nobody will be able to stand aside when Russia is provoking chaos in the food and energy markets and in international relations,” he said.

Mayor: Up to 60,000 people remain in Russian-occupied Melitopol, or one-third of pre-invasion population. Civilians remaining in the city often choose to stay because they don’t have relatives in other regions of Ukraine or abroad that they can stay with, Melitopol Mayor Ivan Fedorov said on July 25. Some also have elderly or bedridden relatives that need help.

Reuters: Gazprom is delaying Nord Stream 1 turbine delivery. Siemens Energy said on July 25 that a transfer of the Nord Stream 1 turbine to Russia is stalled as Gazprom needs to provide customs documents for the transportation. Siemens Energy has been servicing the turbine in Canada and is tasked with transporting it back to Russia. Gazprom said in a tweet that it received the Canadian documents from Siemens but concluded that they “do not eliminate the previously identified risks and give rise to additional questions.” Gazprom reportedly requested that Siemens provide “prompt support in obtaining the required documents.”

RFE/RL: Grain prices hike after Russia strikes Odesa. Despite Kremlin statements that Russian military strikes only targeted military facilities and shouldn’t affect grain exports, the wheat futures have increased by 4 percent to $7.86 per bushel after the attack as reported by Radio Free Europe/Radio Liberty on July 25.

Infrastructure Ministry: Ukrainian grain export to begin on July 27. Exports will start from the port of Chornomorsk, followed by the ports of Odesa and Pivdennyi, according to Infrastructure Minister Oleksandr Kubrakov. Russia and Ukraine signed United Nations-backed agreements to resume exports of Ukrainian grain through the Black Sea on July 22. The agreements were put at risk by Russia’s missile strike on Odesa port on July 23.

Zelensky fires Security Council deputy secretary Demchenko. President Volodymyr Zelensky signed a decree to fire Ruslan Demchenko, first deputy secretary of the National Security and Defense Council (RNBO), on July 25. Demchenko has occupied the post since June 2020. According to an investigation by RFE/RL’s program Schemes published in November 2021, Demchenko lobbied for the signing of the so-called Kharkiv accords in 2010, an agreement between Ukraine and Russia that in exchange for some discounts on gas allowed Russia to extend the lease of its naval base in Crimea and eventually helped Russia in its 2014 occupation of the Ukrainian peninsula.

The country’s industrial heavyweight, Kryvyi Rih is known globally for its metallurgy and iron exports. When Russia’s full-scale war broke out on Feb. 24, most of the city’s production stalled, leaving many families with little means for survival. Read our report from the city here.

The latest global crypto boom is over, which should have been bad news for Ukraine. Since the start of Russia’s full-scale invasion, Ukrainian charities have raised more than $125 million in cryptocurrency donations to spend on military equipment or humanitarian aid. Another $1.2 million came from the sale of non-fungible tokens, NFTs, digital pieces of art. Read our story on how Ukraine’s crypto fundraisers are undeterred by crypto market crash.

Eugene Czolij: Kremlin’s ‘Da’ is useless, but its hybrid aggression against the West is real. Read the op-ed here.

Erdogan urges participants of grain export deal to comply with their obligations. Turkish President Recep Tayyip Erdogan said the implementation of the grain export deal had turned out to be a “delicate process,” given Russia’s July 23 missile attack on the port of Odesa. The attack took place the next day after Ukraine, Russia, Turkey and the UN reached a deal to unblock grain exports from Ukrainian ports.

Germany increases support for demining efforts, war crimes investigations. Interior Minister Denys Monastyrskiy discussed the additional support during German Minister of the Interior and Community Nancy Faeser’s visit to Ukraine on July 25. The increased support will span the investigations of war crimes, cyber crimes and demining efforts on the territories previously subjected to military activities. The German delegation got to witness the demining efforts already underway in the destroyed towns in Kyiv Oblast and at the Antonov airport.

Ukraine to receive 7.4 million euros for subsidized loans to small business from Germany. Minister of Finance Sergii Marchenko signed an agreement with the German KfW Development Bank to re-finance energy efficient investments of small and medium-sized enterprises on July 25. Credit funds totalling 7 million euros and 400,000 euros of grant aid will be used for the implementation of the project.

Poland sends Ukraine PT-91 Twardy tanks. President Volodymyr Zelensky’s Chief of Staff Andriy Yermak said on July 25 that the Polish tanks have already arrived in Ukraine, but he did not specify the number. Earlier on July 24, Krzysztof Platek, spokesperson for the Armaments Agency of the Polish Ministry of Defense, said that Poland will replace the tanks given to Ukraine with tanks from South Korea, which are “of a much higher and better quality.”